ESA’s (Emotional Support Animals) have been in the news a lot lately, after one woman tried to unsuccessfully bring her “comfort” peacock on a plane and another flushed her hamster down an airport toilet when it wasn’t allowed on her flight. While these newsworthy examples are a bit extreme, ESA’s have been a point of contention for several years now, and the problem seems to be getting worse.

So what IS an ESA? 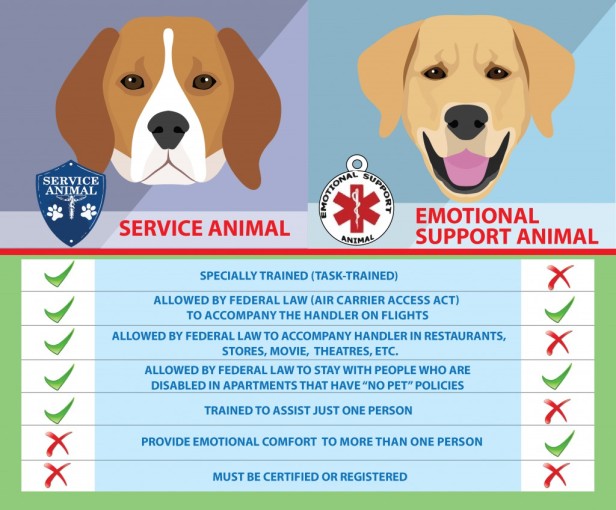 An ESA is not the same thing as a Service Animal. Service Animals are specifically trained to assist a disabled person in some way ( for example a Seeing Eye Dog or a Seizure Alert Dog). They have special licenses which grant them privileges far beyond a normal house pet, because they are vital to their handlers. They are given access to places like restaurants and offices, and often accompany their handler everywhere in their daily routines. Service Animals (usually dogs) are a right protected under the Americans with Disabilities Act.

ESA’s on the other hand do not require any special training or licenses (Sites that claim to sell said licenses with a nifty little ID badge and pet vest are SCAMS). Legally, all that is needed to qualify a pet as an ESA is a letter from a doctor stating that the person in question has an emotional or mental disorder which is benefited by having said animal. In turn, ESA’s are NOT given the same privileges as certified service animals, however. Normal pet rules apply to ESA’s, typically at the discretion of individual establishments, in all cases except for housing and flying. This means that the only real difference between a regular pet and an ESA is that a landlord may not discriminate against a renter for having an ESA even if they have a no pets policy in place, and that airlines must accommodate for ESA’s flying in the cabin with their owner. Both of these have some restrictions, but that is the gist. 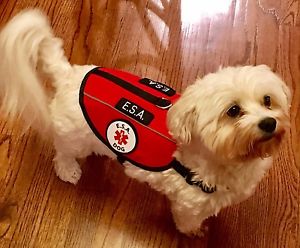 The rules as to what constitutes the need for an ESA are almost non-existent, and left to the discretion of the doctors asked to write the letter, and there are virtually no limits as to what animals can be ESA’s. 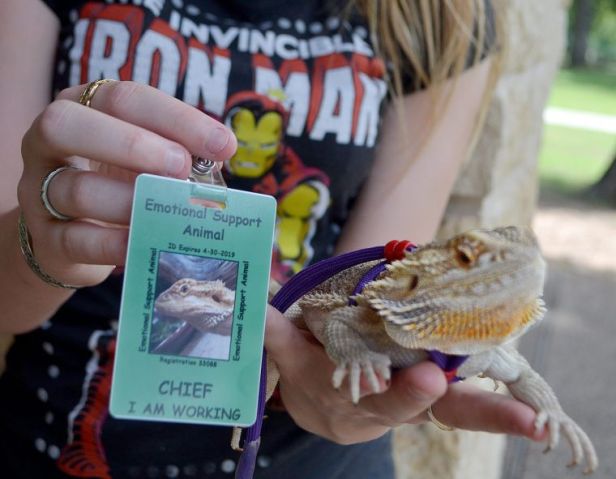 Because of the laxness given to ESA’s there has been a fair amount of ESA fraud in the last few years. There seem to be few benefits to having an ESA unless you need one, except in the instance of flying. ESA’s are counted as a carry on item, and fly free. They fly with their owner in the cabin, and are generally not required to be kenneled or caged. 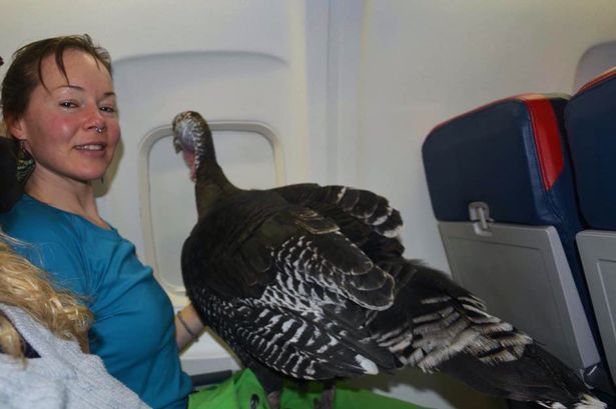 When the alternative to flying a beloved pet is expensive and very often unsafe, it’s little wonder that so many people are tempted to cheat the system. The system is broken.

The only problem is, not everyone who is trying to safely and cheaply fly their pets is using the beautiful thing colloquially known as common sense. Airlines are becoming fed up with supposed ESA’s misbehaving on flights, and even attacking other passengers. As a result, some airlines have considerably tightened their policies on in flight animals, and that has unfortunately begun to impact people who have legitimate ESA’s and even Service Animals. Fraud ESA’s that wreak havoc are giving all ESA’s a bad name, and setting up an environment of judgement and contempt for their owners and handlers, many of whom are now being treated with increased animosity and mocking.

As you can imagine, this is a very unfortunate and damaging side effect. The stigma forming around ESA’s is that their owners are liars, fakers, snowflake-crybaby-millenials, etc. And while this may be true of some with ESA’s, many use ESA’s as a significant, positive part of their lives. They can help soldiers with PTSD, people with agoraphobia and panic disorders, and even people suffering from chronic depression and suicidal tendency. Allowing them on planes is a huge benefit for those whose disorders may be triggered in that environment. 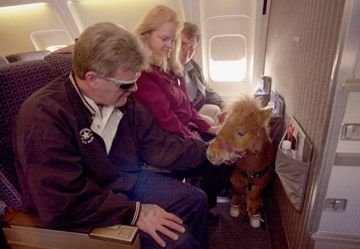 Interestingly enough, before I ever witnessed all this ESA fallout, I had been considering getting an ESA myself. I have Generalized Anxiety Disorder and Depression, as well as an intense phobia of flying which I need to be heavily medicated for while on planes. An ESA seemed like a good option for me, and after recently adopting a very sweet ferret and finding out they make good ESA’s (they are small, hardy, don’t scare easily, don’t mind being handled, and can be litter box trained), I started to research. That was where I began to see the extent of negativity and misinformation that is out there.

Many airlines do not allow ferrets on airplanes, even if they are an ESA. Some states, as well as New York City and Washington DC, don’t allow ferrets at all. In fact, it seems like there is an additional stigma placed on ESA’s that happen to be ferrets. I’m not totally sure where the mistrust of ferrets came from ( I admit they can be smelly, but I have met far smellier humans in my daily life!) but much like the negativity toward ESA’s in general, it is very dissapointing. As it stands, it seems I would get little to no benefit by having a letter saying my sweet boy Taako is an ESA, so it hardly seems worth the effort. For now I will just stay in a medicated stupor on planes and leave the ferret at home.
But there are many people who benefit immensely every day from having an ESA, and whose lives would be severely affected if they lost that assistance. A person with agoraphobia for instance, would be devastated by losing an animal that gave them the confidence just to leave the house.

It’s always disappointing when a few bad eggs ruin it for everyone, but in the case of ESA’s, it’s not just disappointing, it’s debilitating.

So how do we stop this from continuing?

First off, airlines must be held to higher standards in ensuring the safety of the animals they transport. As it stands, unless I was allowed an in cabin pet, I would never fly an animal. I’d sooner drive cross country.

Next, ESA’s need stricter regulation, primarily for the doctors writing the letters. Some doctors simply don’t care and are quick to write a note for an ESA that they may very well know is not needed.

Thirdly and most importantly, people need to be more aware of, and responsible for, their actions. Animals are not just cute accessories that are fun to bring with you everywhere for attention. Do not EVER buy a vest to pass off a fake service animal. Do not try to take a pet that is not trained into establishments where they may be a nuisance. In fact, consider leaving your pet home if possible when going out, especially if they are easily stressed or if you intend to leave them in a car for any amount of time. If you are lucky enough to not actually have a mental illness, you probably shouldn’t try to register your pet as an ESA at all, but if you do, at least have the decency to insure your fake ESA doesn’t in some way ruin it for everyone else.